How to Use Crowdsourcing to Engage Your Customers There is nothing customers love more than feeling like they are part of the brand. It is always a good idea to ask customers their opinions before making any major changes, it makes them feel like they are part of the brand. There are many ways to do this but one of the best is crowdsourcing. Crowdsourcing invites customers or fans from all over the world to participate and it is a great way for brands to engage with their customers.

Crowdsourcing has made it much easier to engage with customers and ask them what they think. All a company needs to do is select a crowdsourcing website and post what they want. Once they do they receive hundreds of submissions and you can also interact with the customers along the way. This is been a huge tool for businesses whether they are already established brands or they are up-and-coming. There is no easier way to engage hundreds for customers at a time.

For brands that are already well established you may think what’s the point? No matter who you are, customers are the most important part of your business. It is always a good idea to gage what the customer thinks and this can also bring current customers much closer to the brand.

Examples of Engagement with Crowdsourcing

Many well established businesses have used crowdsourcing to engage fans including the Dallas Maverick?s. In 2013 Mark Cuban wanted to re-design the Maverick?s alternate jerseys and being a savvy businessman Mark decided to crowdsource the design, so the Maverick?s fans could participate. Instead of hiring a design firm he wanted the design to come from real Mavericks who would be buying and wearing the jerseys.

The design contest received close to 800 designs, which is huge. Mark was able to interact with the fans along the way and tell them what he liked and didn’t like. This helped the fans come up with hundreds of great designs. Mark then went through all of the designs and narrowed it down to his 10 favorites. Once he had his 10 favorites he brought the fans in again and let them vote on the final 10. Once the fans vote was tallied the winner was chosen.

The winner of the contest was a Dallas native and huge Mavericks fan. Mark then held a news conference to unveil the jersey design and the winner got to be part of it. The new alternate jersey features the Mavericks blue color with the Dallas skyline in gray in the background. The winner will forever know he got to design an NBA jersey that will actually be worn on the court, on live TV, by NBA players.

The 2015 NBA season just kicked off and the Mavericks are finally wearing their new uniforms. When you go to a game at American Airlines Center in Dallas you see tons of fans wearing jerseys and t-shirts featuring the new uniform design. The fans love that it incorporates their hometown skyline and that it was designed by a Dallas native. Overall this was a huge success for Mark and the Mavericks. The project generated a ton of publicity, and the fans were a huge part of it.

Another similar project we have seen is Les Stroud, star of Discover Channel?s Survivorman decided to crowdsource a new logo design back in 2014. Everyone knows Les as a reality TV star but not everyone knows he is also a musician and author. Les wanted to showcase his multiple talents and incorporate nature and music in to his already well-known Survivorman logo. He decided to let his fans submit the designs and he did not regret it.

Les? project saw close to 200 designs. The designs incorporated animals, music notes, and other parts of nature. Les got to engage with his fans and communicate to them throughout the project what he did and what he did not like about the designs. The fans loved it and so did Les.

Finally in 2013 ComEd, a unit of Chicago-based Exelon Corporation, the nation?s leading power provider, was receiving endless complaints about their paper bill. They kept hearing it was too hard to understand, manage, and read. Instead of hiring someone to re-design the bill they went with the customer-knows-best approach to turn their bill in to an artistic masterpiece.

Since it was the customers complaining, why not let the customers design the bill? The approach worked wonderfully and ComEd received close to 300 designs. Now ComEd customers have an easy to understand, easy to manage, and easy to read bill. No more customer complaints about the bill.

Whether you are already and established brand or a small brand trying to gain notoriety, engaging customers can only help. Everyone wants to feel connected to the brands they love and when those brands ask for their input it makes them feel like they are a part of the brand while showing that they are important to the brand. You never want to neglect your fans or customers and crowdsourcing is a great way to get them involved. 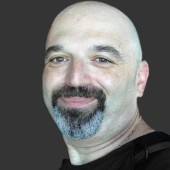 Business to Business Marketing Trends for 2011

Vine Turns 1 And Users Catch On With a Vengence

Creative Offline Marketing Trends and Tips for Retailers in 2015