I’m an NPR addict. That means that just about every time I’m in the car, the radio is set to our local NPR station. One of my favorite shows is Weekend Edition with Scott Simon. Today, Scott was talking about their recent “Social Media Survey” and actually read from some of the results — which are included on their blog post.

I’m not sure how much of this is true — but I had this impression that NPR was for “mature” people. In fact, one of my favorite sayings was the “I know that I’m getting old because I can’t get enough of NPR.” Well, it appears that one of two things is true; either the NPR audience is getting younger or the NPR audience is technologically progressive, because more than 7,000 NPR listeners follow their favorite personalities on Twitter and Facebook.

By the sound of Scott’s report this morning — they appeared almost surprised at how much social media has not only contributed to their brand equity, but to building customer loyalty.

If you’ve been holding back from using social media as a marketing strategy because you think that your audience isn’t using it — it’s time to do what I did — rethink your perceptions of your audience. 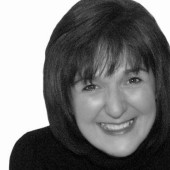 If You’re New to Blogging, Try a Blog Carnival – Here’s How

Oh No They DIDN?T! See how successful sales folks get straight to decision makers