Instead of wasting yet more time writing online surveys that fail, why not spend some of it trying these tips? I’ll show you what you can do to make your online surveys more successful and push your response rate higher. In that way, you’ll be able to find out far more about your customers. Even better, as a broader range of them will reply, your data will be less skewed towards a certain group of people and you’ll have a better idea of what kind of people are actually buying your product.

Armed with that knowledge, you’ll be able to make better decisions. After all, in this age of online shopping information is power as it allows you to successfully predict what will and won’t work.

So let’s look at how you can avoid Survey feedback failure.

Make sure your survey isn’t too long

Since you can tie your customer’s responses to the results you get back, you don’t need to ask all the questions in one go. Instead, divide your questions over a few smaller surveys to get a much higher rate of return – particularly if you offer some nice rewards to people who actually take part. In this way, you’ll be in a much better position.

But what if they only fill a fraction of the surveys that you send out? Easy, repeat the most important questions in different surveys. This will even let you track how people’s answers change over time.

Yes, you want people to give certain answers. The thing is, if you form your questions in such a way that they know that’s the answer you want, then you’re getting feedback that isn’t worth squat. For that reason, be very careful about how you word your questions. Make sure that there is no implicit judgment there that your survey takers will pick up on.

For example, if you ask ‘why is product X worse than product Y’ you’re making them assume that you think that product X is worse. And as most people look to please the researcher, they’ll give answers in line with your implicit desire.

The interesting thing was that when they asked them in the original order, there was no relationship between if people were in a relationship and how happy they were. Reverse the order of the question, however, and suddenly the relationship became very strong.

So question order matters. Generally, you want to ask the broad opinion questions first and the more specific questions later. Also, if there are some factual questions, wait till the end as those answers aren’t likely to change based on the other questions while bringing these facts to people’s minds might affect their opinions elsewhere.

When you’re creating a survey, you’ll be thinking like a scientist. And that’s great in general but does bring one problem with it. Scientists use very difficult language. And so the threat will be that as you put together your survey, so will you.

For that reason, let somebody who wasn’t involved in writing the survey (And who preferably isn’t a scientists or business person) read your survey. If they struggle with a question or ask you to explain it, then it’s time to return to the drawing board and try writing it again.

The best surveys should be accessible to your mother.

Give them open text boxes

Numbers can be incredibly useful and it is, therefore, a good idea to get people to give ratings to products. Still, this is certainly not the only kind of question you’ll want to ask. You’ll also want to give your survey takers the possibility to give their own specific ideas and feedback, as in the process they might have some observations and ideas that you hadn’t even considered.

Sometimes, even if they’re not quantifiable, they can be worth their weight in gold. So make sure you leave space for them.

For example, Classy Essay professionals for a time only asked their users multiple choice or menu questions instead of giving their clients an opportunity to ask, “Can you write my essay on the highest level?” or “How do I know your guys can really write well?” This meant that their customers couldn’t give the feedback they really wanted to. When they changed that by giving them open text boxes, the company was suddenly able to close in on what would really make their customers happy and as a result, their business bloomed.

If you’ve built your questionnaire well, then it can be a goldmine of information – with the relationships between the numbers often giving you as much information as the actual answers that people give. For example, you might find that some product is more liked by men than women, that if they liked one product that they were more likely to like another or that while some people didn’t like the marketing campaign you launched, others did.

But you can only get these kinds of answers if you actually analyze the data and that’s not actually that easy if you don’t know what you’re doing. For that reason, find somebody who can do that for you. Anybody who has a good grounding in statistics can help you out and most universities are full of those. And as they’re students, they won’t even cost that much!

Even better, get them involved right from the start as they’ll be able to tell you how to create your questionnaire so that they can get even more information from the surveys you conduct. Because a well-constructed survey can give you far more information than the survey takers intended to give you.

Well-conducted surveys can be very valuable as they offer you insights you might otherwise never have gotten. Poorly constructed surveys, on the other hand, are worse than useless, as they can tell you things that aren’t actually true.

For that reason, make sure you construct your surveys carefully and get outside help if you don’t actually know a correlation from causation. In that way, you won’t waste your company’s money and your participant’s time.

Now what’s not to love about that? 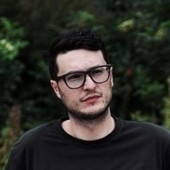 Brooks Lambert is an experienced academic writer who is currently associated with Classy Essay, as a content writer and online editor. He helps to make the learning process easier and more beneficial for students. Measuring Customer Satisfaction ? This simple 5 question survey is all you need.

5 Factors You Must Consider When Doing a Market Research