4 Reasons Why Mobile Marketing Is Important Mobile marketing isn’t the next biggest thing; it is the biggest thing. If your site isn’t optimized for reaching people browsing on their phone, you aren?t going to miss an amazing opportunity; you’re already missing it.[/tweet_box] Still have doubts? That’s ok, there’s proof.

1. 52% of Total Digital Time is Spent on Mobile

Of course you hear the social media in crowd talking about how important their role is in developing successful business strategy. But that’s kind of their job right? It’s like trusting a car salesman when he says that the car he’s selling is the best, you should fact check. He’s probably telling you the truth, but something from an industry outsider is comforting.

Kleiner, Perkins, Caufield, and Byers (KPCB) is a venture capital firm in Silicon Valley that pays attention to what people want and invest money in companies that are going to make them money. They’ve invested in little places like Google, Amazon, Nest, and Twitter. They even put together a huge report on these trends each year, for the last 20 years.

The slide show this year was nearly 200 slides long, but the one to focus on for mobile purposes is number fourteen. It shows that mobile media has officially become the biggest way we are accessing digital media, finally surpassing computers. We approached the tipping point in 2014, but 2015 was the year the jump was made.

If your website isn’t flexible enough to change based on the platform accessing it, then you are probably losing people who can’t be bothered to navigate your outdated web page.

If you know that people are accessing the internet more often from their mobile device, then you can conclude that they are seeing internet ads on these devices as well. Monetate’s 3rd Quarter Report shows a significant jump in the percent of people accessing websites from their phone, while traditional access via computer has dropped.

Does this mean you should forget about targeting traditional users? Absolutely not, and for several reasons. The bounce rate of mobile users is higher, and the average order value (AOV) is lower. But the massive traffic boost and higher conversion rate for mobile cannot be ignored. In fact, it needs to be nurtured and developed. With proper marketing you can lower the bounce rate and increase the AOV.

To convert visitors to customers, make sure the ads bringing them to your site are targeted for mobile users. Mobile ad formats are increasing at an exponential rate, and even the traditional social media outlets are changing how they channel people to other websites. Pinterest, Twitter, and Facebook ads are all optimized for mobile and traditional delivery methods, and of course Google is leading the charge.

It’s more important than ever to focus on mobile marketing. Not only will you need to make sure your website is optimized for mobile visitors, but you also need to use new methods to draw them in on mobile devices.

4.Business Owners are People Too

There is one last reason that makes mobile marketing important, you. Business owners are part of the general population and their dependence on their mobile phones has been steadily increasing along with the rest of the world. Very few business owners are sitting behind a desk all day, and the ability to work from a mobile platform is becoming increasingly important.

Customer Relationship Management (CRM) simply must become mobile to stay relevant. The more you are able to keep your team up to date the better off your organization will ultimately be. Project management has become increasingly complicated as people diversify their work profile, social media accounts become more prolific, and the utilization of freelancers in every sector increases. Because of this, CRM tools have become necessary. Having the ability to keep track of projects, contacts, employees, and your customer base while on the go is paramount.

It’s clear that mobile access is only going to increase. Businesses will have to diversify their platform focus and build websites that allow people to visit from wherever they happen to be. A mobile user will find a website, and later decide they want to look at it more in depth when they are in front of their computer. The transition needs to be seamless between phone and laptop.

Are you ready to take advantage of the growing potential that mobile access provides? Are you preparing mobile advertising campaigns and updating the way you reach out to people on social media? If you aren?t, you need to be. Starting now. 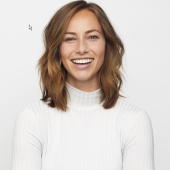 5 Ways to Speed up WordPress in the Mobile Era

How to Make Mobile Users Notice Your Logo

Marketing Using Your Mobile Phone is a Big Trend