“But here’s the thing: Social media is coming for you…..ready or not.”

Welcome to the Wide World of Social Media Most of us know that a social media mistake can lead to a horrible day at work, customer complaints, and possibly some negative media attention. “The 4 Billion Dollar Tweet“, a new book by Ryan Holmes, points to another negative possibility, losing money.

In  “The 4 Billion Dollar Tweet”,  Holmes shares the story of Lockheed Martin and (then presidential candidate) Donald Trump to illustrate why businesses need to pay more attention to the social media.

It all started with a series of Tweets like these:

The F-35 program and cost is out of control. Billions of dollars can and will be saved on military (and other) purchases after January 20th.

In these Tweets, Trump accused the business that makes F-35 fighter jets, Lockheed Martin, of unwisely spending the billions they were awarded in contracts.

The Lockheed Martin leadership said nothing.

Lockheed Martin’s stock dropped to $13, a loss of billions of dollars.

Yet, that wasn’t the end of the story. Trump continued to Tweet about the company days later. These Tweets sparked even more bad publicity (and a loss of more money) for the company.

Ultimately, the company relented and agreed to shave off millions off its price tag and even sell some of its F-35 jets.

The Bigger Picture: Social Media is a Powerful Tool & Weapon

Regardless of how you feel about Lockheed Martin’s contract fees, Holmes’ bigger point in the “The 4 Billion Dollar Tweet” is that businesses can no longer remain passive about social media. They must maintain a proactive stance in social media or risk losing their reputation (and potentially profit) in the process.

As “The 4 Billion Dollar Tweet” points out, social media is more than a place to share what you ate a restaurant or a selfie. It is a communication channel that revolutionized how almost everyone (2 billion of us, according to Statista.com) in the world communicate with each other. Social media is replacing traditional sources of media including news stations, TV, and magazines.

Social Leadership: The Key is More Than Getting Involved in Social Media

The book “The 4 Billion Dollar Tweet”  isn’t just fighting for more leaders to start Tweeting and creating Facebook posts. Ryan Holmes is arguing that business leaders need to take the lead. Leaders, he argues, need to be visible, decisive, and authentic. They need to take a stand on certain issues and know how to leverage their chosen social media channels to achieve their personal and business goals.

Holmes, in particular, outlines what he calls the “6 Pillars of Social Leadership” which embody the 6 principles and skills of a social media-savvy leader.These principles focus on education and finding your voice to amplifying your voice and owning your social media presence. That process takes patience, creativity, and a willingness to embrace with a constantly changing medium.

Circling Back: What Should Lockheed Martin Have Done to Avoid the 4-Billion Dollar Tweet Mistake?

Ryan Holmes doesn’t give a direct answer to the question in the book, but he does give insight into what a solution might be.

As Holmes suggests, Lockheed Martin should have responded in some fashion. By not saying anything to Trump’s Tweet, Lockheed Martin became the equivalent of accepting guilt. This led stockholders and others involved (or interested in) to believe the company really was mismanaging money.

What kind of response could have they given? Holmes shares an example from Financial Times, which also received an angry Tweetstorm from the presidential candidate. Here’s what they said:

The CEO of Boeing says he welcomes Donald Trump’s Twitter ‘engagement’ with US business https://t.co/VWZmkCaukL

Notice the answer was decisive, quick, and authentic to their brand. In addition, notice that the Tweet did not receive all of the attention that Lockheed Martin’s did. Investors and other stockholders assumed everything was OK and moved on. 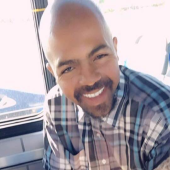 How to Successfully Manage Your Online Reputation